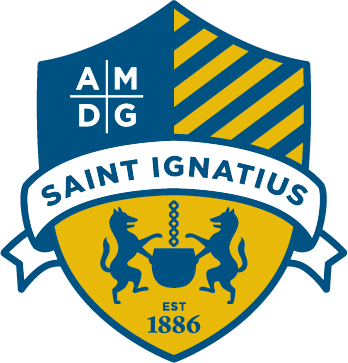 Coach Chuck Kyle’s (Class of ’69) Wildcat Track and Field team rolled through the Lakewood District Meet at First Federal Lakewood Stadium over the past weekend. Then again, how could we be surprised? Saint Ignatius has racked up district title after title, where it is to a point in which the athletic department is checking into how many district championships the program has.

The Wildcats won five events and placed runner-up in eight events, with nine third-place finishes. Strong individual performances included Luke Wagner, who won both the 800 and 1600. While the freshman took those home, senior Jack Miller ran to a 1st place finish in the 3200.

Saint Ignatius won the meet with 174 total points, with St. Edward as the runner-up with 144 points. Normandy put up 93 points, as the Invaders took third.

Wednesday, the Amherst Regional Track and Field Meet began, with prelims being run and field events going on. The only finals race for a chance to qualify for states was the 4×800.

Kevin Kavalec got the day started hot for Saint Ignatius. He put up a personal-best in discus of 182-10, as Kevin took runner-up. A guy who has dominated field events this year, Aaron Zedella of St. Edward, had a result of 190-08. Saint Ignatius’ 4×100 team of Enzo Cannata, Pat Jeffries, Dan Way, and James Norris took 1st in qualifying with a time of 42.61 seconds. It was a night that was going solidly for Saint Ignatius, but then a big 4×800 baton miscue occurred, as the team took a time of 8:00.46 in the 4×800 finals, so they took 5th. The team, which had much potential to go very deep, takes an early exit.

The future was on hand in Amherst for Saint Ignatius Track and Field. Yes, James Norris had a strong showing in the 4×100 team’s 1st place finish, but he made a little history when it came to just him running on the track for the ‘Cats. Norris set a new school record in the 100-meter dash of 10.66 seconds. He broke Spencer Small’s 10.70, which was set back in 1996. Norris was not born yet, as he walked off wearing nothing but a smile on his face. James also qualified for Friday’s 200-meter finals with a time of 22.39 seconds in the 200-meter. Senior Pat Jeffries finished with a time of 39.67 seconds in the 300-meter hurdles. In other finals in the field events, Pat Politowicz took 10th in the pole vault, while Mike Schafer placed 14th in the long jump.

Regional Standings after One Night:

What did we learn?

Freshmen Luke Wagner and James Norris are the future around high school track and field. Get ready to watch these guys go down as outstanding runners in track history at Saint Ignatius. Although the Wildcats had struggles, they have a coach who is so well-respected, that they are absolutely never taken for granted.

The finals are on Friday, with field events at 4:30 pm and track events going on at 6 pm. Admission is $6, with State Meet berths on the line for June 7-8 in Columbus.