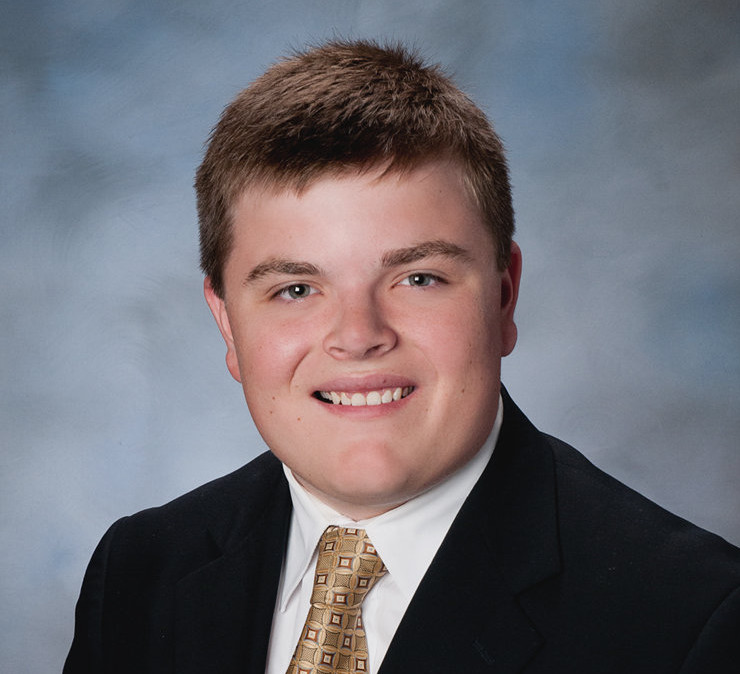 Three years ago at this time, John Fanta was wrapping up a busy freshman year.

Last Thursday night, John Fanta was standing on the stage in the Breen Center, accepting the Connor J. Murphy Bellringer Award to a standing ovation of his peers. The three years that passed between those events saw John become the face—and the voice—of the senior class, the student body, and Saint Ignatius High School.

After the conclusion of freshman football, John, who had always dreamed of being a sports journalist, joined the SIBN as a sportswriter. Eventually, he was assigned the JV basketball broadcasts.

John’s first varsity broadcast was a baseball game on March 31, 2010, a 10-1 Wildcat victory over Westlake High School. Since this game, John estimates he’s broadcasted over two-hundred various events, ranging from athletic events to the Chariot Races. He has been on the broadcast team for at least one football, soccer, basketball, hockey, wrestling, lacrosse, rugby, track and field, and volleyball game throughout his career.

Football and baseball have become John’s favorite sports to call, but as he says, “it’s not about the sports. It’s about the athletes. They make what I do special.”

Despite all of this, John is not only defined by his work with the SIBN. He’s an exceptional student, broadcasts the morning announcements, and has been a staple on Student Senate. Next year, John will be attending Seton Hall University in South Orange, New Jersey, as a communications major.

As for his future, John Fanta will be focusing on broadcast journalism at Seton Hall in hopes of achieving the dreams that motivated him to join the SIBN as a freshman. He will broadcast events as early as next year, as a freshman. After graduating, John hopes to come back to Cleveland and, as he says, “to share my talent with a well-deserving city.”

John believes he would not be where he is today without the help of the Saint Ignatius community and will miss it dearly. “I will miss the men, the coaches, and the families. I will miss the great, binding community that I am a part of every time I go on the air. It has been a terrific honor to spend time with a special community. The people are what I will miss most. They are truly loving and generous.”