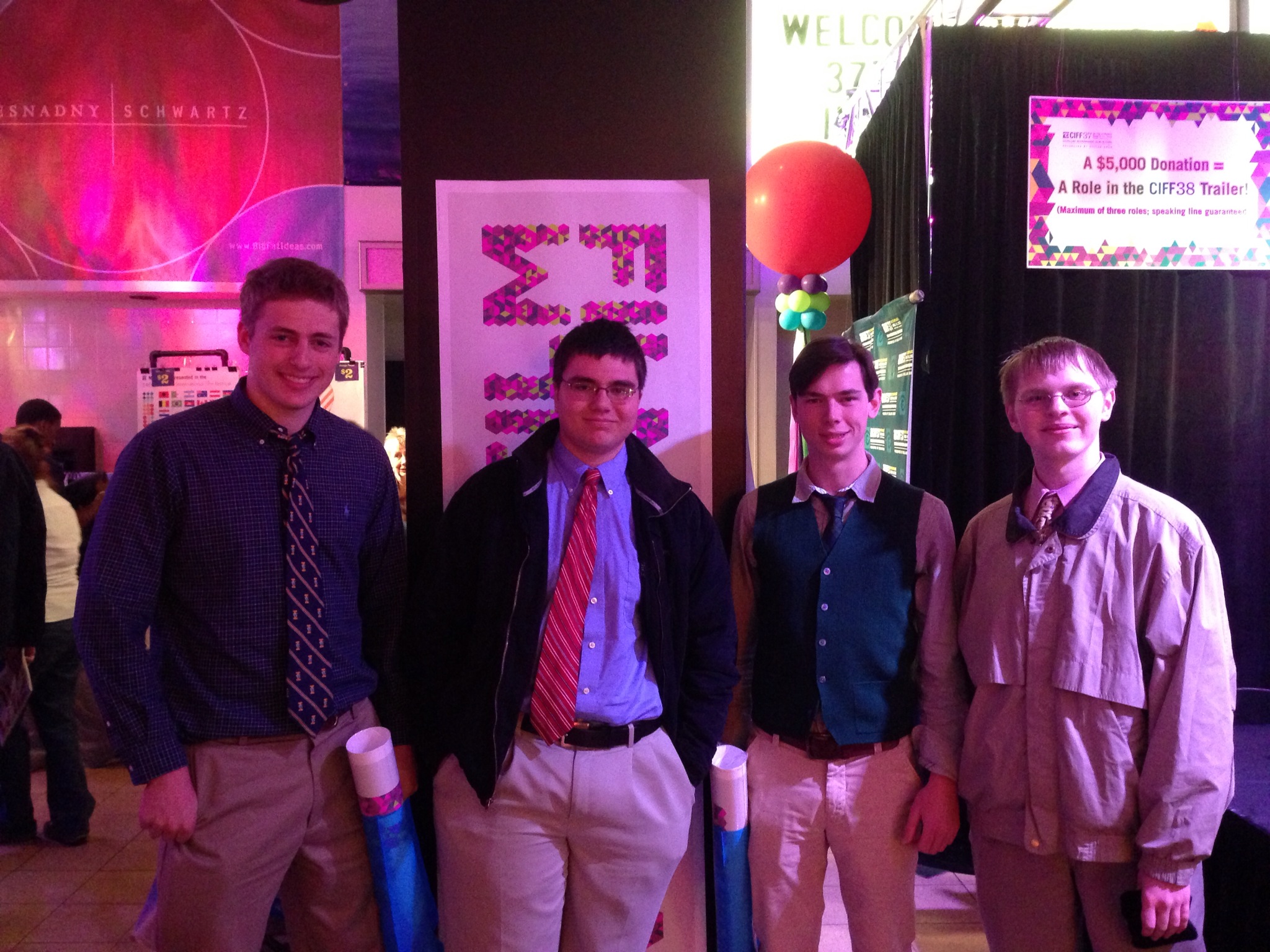 I had always heard great things about the Cleveland International Film Festival, but I had my doubts. This was until I finally went to the film festival with Vista on Wednesday, April 10.

The rapid ride down was a little disheartening over our confusion over activating our tickets, but we made it to the theater with plenty of time to spare. I had been to Tower City before, but never during the day. It just seemed better than remembered it, more exclusive I suppose.

We eventually made it to the theater to watch a collection of shorts. The first film we saw was called the Buzkashi Boys. This one turned out to be my favorite as it depicted two impoverished friends from Afghanistan who dream of becoming these famous local horse riders in a game called buzkashi. This film really touched as looking at Afghanistan in a different light. The boys are constantly reminded where they stand in life, but they have big improbable dreams to break this cycle that has lasted many generations in their families. This was my favorite film overall.

I also saw Asad, Death of a Shadow, The Interviewer, Thumb, and The Lion, the Witch, and the Wardrobe. Most of the films were suspenseful and thought invoking, but Sand Box and Thumb were comedies. In the end, I was very impressed with the quality of the films. Sure they didn’t have big budget actors or special effects, but the message conveyed in the films I saw surpasses anything Hollywood is teaching us. I liked it so much; I actually went back with my father to see Downloaded.

This film gave an interesting view on both sides of the music sharing debate that ultimately destroyed Napster. I had the chance to interview a French student who went his class to see a collection of French films. Paul Wyot ’15 said “The moves were surprisingly well-made…. I didn’t think Tower City was no nice”. Paul said his favorite movie was The Mozart of Pickpockets. This film describes boy pickpocketers in Paris that take a mute under their wing. The mute dosen’t get the art of pickpocketing until he in a cinema. Paul said he liked this film best because it gave a different perspective on France. It focused on the slums rather than the beauty of France.

Overall the film festival saw a 9% increase in attendance over last year and over $154,000 in challenge match donations. It is not surprising to me that the film festival did well this year. It is truly one of the best events Cleveland has to offer.