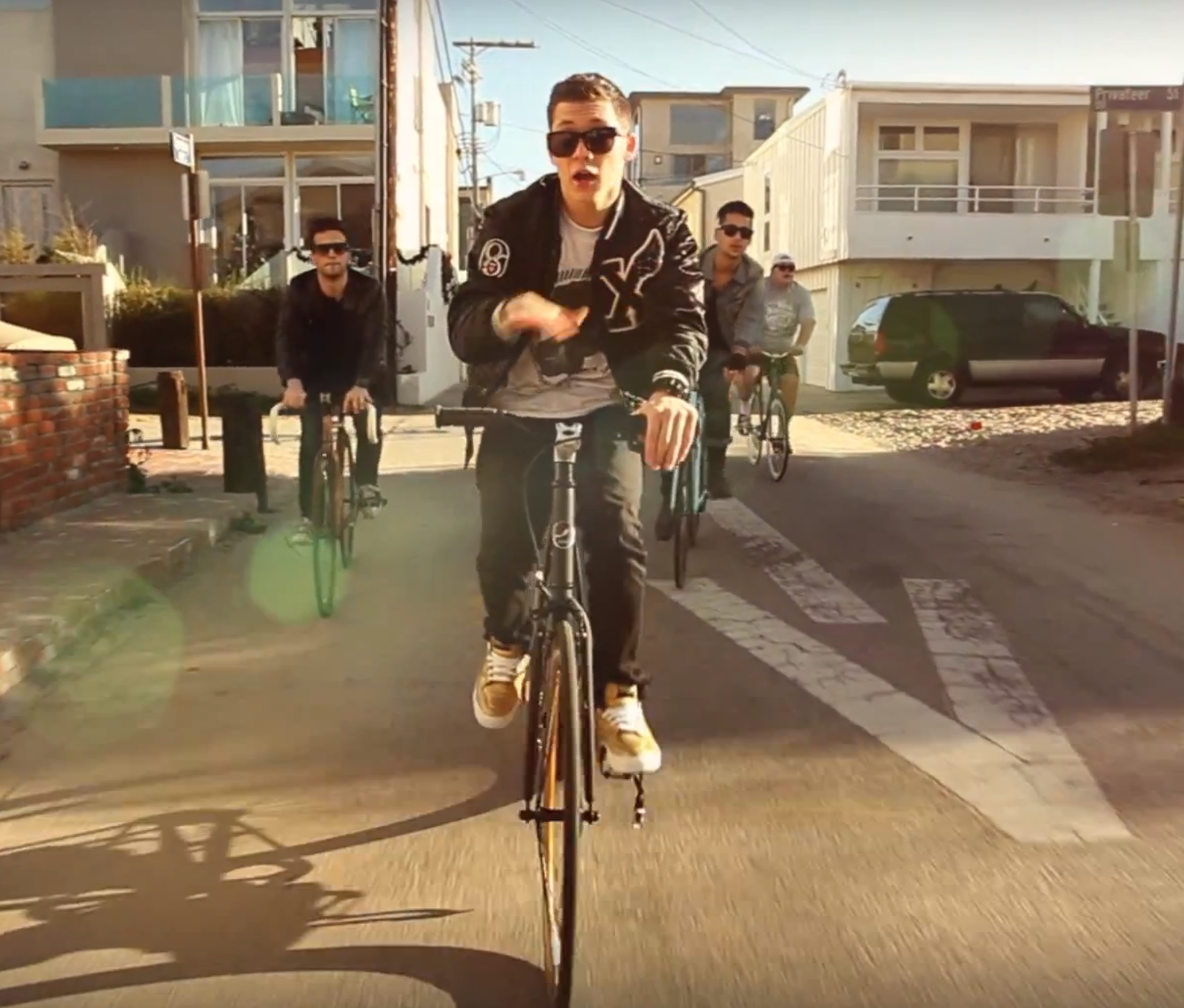 Brash, bold, and grammatically questionable – junior Victor Luvison’s opening salvo in the classic “What’s That Sound” firmly established the basis for what has become a surprisingly successful musical career. Based out of the cultural haven of Seven Hills, Luvison, 17, is a self-made man with the rugged confidence to match. And, much like prior musical prodigies Mozart and Chopin, his story begins back in the misty haze of adolescence.

In the summer following his eighth grade year, Luvison received a bolt of inspiration. “I just started messing around with music.” He had been involved in the acoustic arts “since like 4th grade,” and has “always been on rap.” In the musical melting pot of the Greater Parma area, Luvison developed a distinctive lyrical style that fuses high-intensity beats with a carefree tenor and festive imagery. His endeavors to find his hip-hop soul started to crystallize just before he first stepped onto Saint Ignatius campus, and the enthusiastic reception of his friends and family convinced Luvi to send in a tape to renowned college rap label First Round Records. He spent weeks slaving over a USB mike in his basement, writing, rewriting, and editing tracks before sending off a near-sublime final product… and was brutally rejected. “I sent them three songs, and they didn’t like them,” an abashed Luvison notes, “but a few months later I sent them some more tracks, and they liked those.”

Thus began the greatest musical career in post-2010 Saint Ignatius junior class history. Within weeks, Luvi, as he is known in the industry, began flying out to Los Angeles to meet with record executives and learn the ropes of the hip-hop business. Working with top-class talent like Sam Adams, known internationally as “Boston’s Boy”, he started laying down lyrics for the beats that would eventually coalesce into the widely acclaimed LuviTunes. That mixtape and subsequent remixes spawned seven music videos, with last September’s “Night Out” approaching the 20,000 view threshold. “Night Out” is a good metaphor for the Luvi rollercoaster; mixed in with bizarre appearances by a man in a monkey suit and his banana-clad friend, there are some genuinely catchy lyrics. But success does not come without a price, and along with all the praise there are plenty in Luvi’s social circle who have been snarky – and worse.

When asked about the idea of performing a concert at Ignatius, Luvi chuckled, but quickly shot the idea down. “I don’t think that the culture here would mix”, he notes, and he’s probably right – the screentime his videos devote to bikini-clad models could be a source of concern. But more close to home, his musical career has received a mixed reception among the student body. Luvi-themed jokes are not unknown around campus, and the phenomenon culminated in a secretly filmed Latin speech by junior Zach Keirn that has drawn favorable comparisons to the 47% video featuring presidential candidate Mitt Romney. Keirn sarcastically lauded Luvi with lines about how the rapper began by “starting from humble beginnings and facing all the difficulties every suburban white male has to deal with” on his rise to the top. The video, entitled “Luvi Music Fridays”, has received an audience representing a significant fraction of some of Luvi’s lesser known videos. Luvi, though, seems to take it in stride: “They can say what they want, but I didn’t take it seriously.” His audience extends far beyond the borders of 1911 West 30th, and he believes that much of his criticism derives from incorrect rumors about his backstory.

A proud denizen of Seven Hills, Ohio, a city of just over 11,000, Luvi has no illusions about his roots. “I’m not trying to be, like, a thug rapper. People are always sending me tweets about how I’m trying to be something I’m not, and it’s not true.” Luvi runs all his own social media, and his constant connection to the fan base means he sees both the best and worst in his listeners, while plenty of fiction gets passed around online. “Another thing is, like, your dad’s money. My parents have put no money into my career at all.” He points out that First Round Records clearly see his potential, since the company sponsors his flights and has started a regional marketing effort to promote his “Cleveland’s Kid” persona. “Everything I got, I got on my own. It’s not like I’m rich, I drive a 2001 Saturn.” (His commentary to this car-less reporter.) But, all the drama notwithstanding, Luvi plans to move onwards and upwards in his effort to release a new mixtape around the beginning of this summer.

Featuring Sam Adams, the new EP is set to drop after the conclusion of Luvi’s upcoming spring tour to an undetermined set of colleges. The young rapper made no comment about the contents of the new release other than to say that an iTunes single would be made available soon, and that he was looking forward to performing live again after last year’s successful RapCure concert in downtown Cleveland with popular Californian artist Shwayze. “It’s like playing in a game. Recording is cool, but performing is where it’s at.” With only two live shows to his name so far, Luvi looks to add to his concert resume while creating new and improved music videos. He is fully aware of the criticism his videos have received, and acknowledges that there were some missteps in the past and particularly on the notorious “Get Ready” video, since removed from his YouTube channel but still available on Vimeo. That 4-minute gem was intended to be a wake-up call for Luvi’s fans, but resulted in a comedy of errors wherein a clearly uncomfortable Luvi dances his way through downtown Cleveland while surrounded by laughably disproportionate models. Luvi has since switched filming companies, and takes a sardonic view of the past: “Usually, they’re pretty attractive. That was pretty wild, though, to have WNBA players in my music videos.”

With his pedal to the floor and eyes to the future, Luvi looks to expand his market while building a local fan base, and maybe even gaining some new listeners at Saint Ignatius. Luvi, we at The Eye salute your audacity, and think it best to conclude with a quote from the song we started with.

“Yeah, so they know I’m the dude from Cleveland
Dreaming bout that green I’ll be making
Imma be on the Hollywood walk of fame
Like my name Kevin Bacon.”