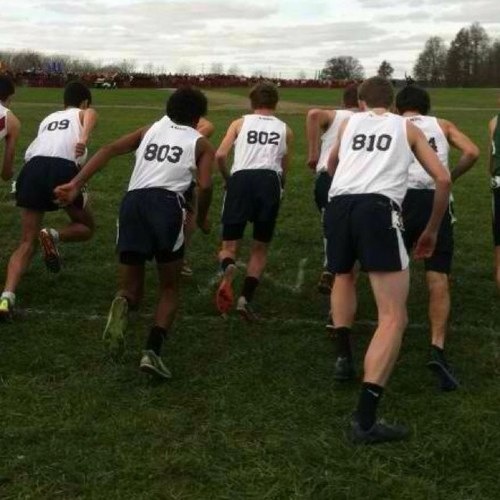 This past Saturday in Columbus the Wildcats team took home a third place finish from the 2012 Division I State Cross Country Championships. Saint Ignatius, with 139 team points, finished behind 4-time state champion Cincinnati St. Xavier (71 points) and Mason (123) in the 16-team state meet at National Trail Raceway. Coach Doc Gallagher’s team compiled an average time with 16:06.50 in the 5k race, which was merely 3 seconds behind that of Mason and 16 seconds off of St. Xavier’s pace.

Saint Ignatius’s runners used a team-first approach in winning the bronze this year. Senior captain Jack Miller led Saint Ignatius with a time of 15:42.55, which was good for 13th overall. Rounding out the top five for the Wildcats were seniors Joe Arquillo, Vince Bartram, and Dylan Lynch, along with freshman Luke Wagner. Arquillo ran the race in 16:03.65, Bartram in 16:06.54, Wagner in 16:12.43, and Lynch in 16:27.33. Also running at states were freshman Tim Trentel and senior Pat Scanlon. Alternates for the state meet were seniors Jack Fitzgerald, Jack Politowicz, and junior Elliot Thorkelson.

The cross country team, which returned five of the top ten runners from a year ago, had plenty of experience after finishing second in the state one year ago. That experience helped lead the team to wins at prestigious races like the All-Catholic Invitational and the Midwest Meet of Champions. Prior to the championship meet, Saint Ignatius won both the Division I Tiffin Regional meet and the Strongsville District meet in the 2012 postseason. Besides a third place finish in the state of Ohio, the team’s lone loss came to St. Xavier at the Tiffin Cross Country Carnival. Next year, the Wildcat Cross Country program will once again look to add to its 3 state championships. “