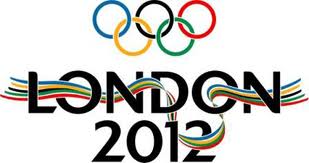 In a few words how can you describe your experience in London this summer?

“Probably, awestruck. So Memorable and fun. I had so much fun. It was just, by far, the most incredible experience I’ve had in my life. It was so much fun and it was just such a blessing to be there.”

“That was crazy. That was so insane. I’ve always dreamt about going to the Olympics, but I never thought I’d be able to do it at 17, and while I was still at Regis. To have that support back home, of my high school, I think was absolutely huge for me. It’s such a close-knit high school and to have all them cheering for me, I think made a huge difference, and they were an immense part of my success there.”

Who is the coolest or your favorite person you’ve gotten to meet?

“Oh gosh, I’d have to say the basketball team, and LeBron James. The USA basketball team came in and they said hi to everyone, and so I got to meet all of them and they were all so nice. But even going after, I’ve met so many incredible people since then and I just did a movie with a cameo, in a movie with Owen Wilson and Vince Vaughn, and I got to meet them and like be in a movie scene with them, which is like just the coolest thing ever. So, that was really great.”

“The craziest request I got was, oh gosh. . . I don’t know, that’s really hard. I’ve gotten some really really great requests, and I wish I could do them all, but if it’s time consuming I can’t. One of my favorite things I’ve been able to do was Stand up To Cancer. I loved being able to go there and do that. And I went to the MTV Music Awards and the same week that I was there, I went to the VMA’s, which was amazing. So, those were probably some of the coolest things, but I don’t know if I can think of a crazy one.”

Do you have one favorite Olympic memory?     “There is so many. I think a few that really stand out are the medley relay on the last night with Dana [Vollmer], Allison [Schmidt], and Rebecca [Soni]. Just going out there, braking a world record, and winning gold, It was just the perfect way to end the meet. I was doing it with the most incredible girls. And I’ve never had so much fun on a relay before, we had an absolute blast and we just left everything we had in the water, and it was just finishing that race and having Allison get out, and just all the hugging there for what seemed like forever, but not long enough. It was just so special for me and I will always remember that moment.”

What was all the attention during after the Olympics like?

“It’s been hard to adjust. It’s definitely not something I’m used to yet but I think the biggest change is just recognition. So many people recognize me now and notice me when I go out so it’s like weird just doing things that I always do but having people recognize me and come over and say hi which is always great but I’m still getting used to it.” Put hat on her and put her in middle of group to avoid recognition.

Do you think your experience at the Olympics changed you as a person?

“I think the experiences have helped me grow as a person. I have learned so much from them and I think they’ve taught me a lot of morals and a lot of beliefs that I hold true to my heart and I feel like those do make me who I am. I feel like they have changed me, but in a good way. They’ve changed me for the better and helped me mature and grow and learn more the whole way.”

Has going to a Jesuit High School affected you and your swimming career?

“Oh absolutely. My religion has grown so strongly with Regis. I have a close relationship with God and I absolutely love him above all else and I don’t think it would be like that if I hadn’t gone to Regis and sometimes it’s the small prayers that get me through everything that’s happening and I don’t think I would be able to do that without having God in my life or without recognizing his existence every single day in my life and just having him there and knowing that I have him through all my moments, the good and the bad. It’s one of the best parts [of my life] and I wouldn’t have any of that without Regis so obviously I owe them more than I can say.”

Why remain an amateur to swim in high school and college? “I don’t know if I’m going to swim for my high school team this year, but I am going to swim in college…It was a very hard decision, but I feel like swimming and being a part of a college team is an experience that you can only get once and I that’s one of those experiences that will change me for the better. I think I’m going to learn so much from it and I’m going to become a better person, a better swimmer, and a better teammate because of college swimming. It just looks like so much fun. It looks like a blast and I just really want to be a part of that.”

Do you know where you’re going to go to college?

How crazy is your schedule?

“It’s very hard…So I’m now swimming eight times a week for about two hours every time. I’m also doing weights for one hour three times per week. I go to school from 8:00 to 2:45 every single day. So on Tuesdays and Thursdays I’ll swim before school and every single day I’ll swim after school and then we have practice on Saturdays. And then I normally on Mondays, Wednesdays, and Fridays have weights. So I go to lifting weights after swim practice. So it’s like 8:00 to 2:45 at school, 3:45 to 5:45 at swimming, 6:30 to 7:30 at weights, and then I probably get home around 8:00 and then I get started on all of my homework. That’s three days of the week. And then I’ve been traveling so much that I’m normally gone on the weekends flying to California or Texas or my recruiting trips, or just flying out to New York just for a few days for banquets or things like that. So it’s pretty hectic right now.”

Do you feel like you are able to live a normal teenage life?

“I think that I have a new normal for me. I don’t think my life will ever go back to the way it was before the Olympics, but that’s what the Olympics do for an athlete’s career. They make you really well-known and this is my new normal now. I love it. I’m getting adjusted to it, but I’m getting used to kind of going out and talking to new people and flying here and there. I’m having a blast with it, I really am. It can be stressful at times, but I really, really love it. There are times when I’m away and I miss a football game back home or I missed homecoming last weekend, so there are definitely things that I’m missing out on but where I am at that time is where I need to be and I know that I’m getting incredible experiences that a lot of teenagers don’t have the opportunity to get either so I’m blessed.”

Do you have any post-swimming career plans?

“Well I am kind of looking into marine biology for a major, but I feel like the ultimate dream, after my whole swimming career is done, I want to have a family and kids. That’s my number one priority. But I’m in love with dolphins, like obsessed with dolphins. I absolutely adore them more than anything and  I would love to be a part of a dolphin research center or even create my own research center for dolphins and maybe help them be involved in rehab for mentally and physically disabled [people]. But we’ll see, I would love that. I think that would be so cool to go to work every day not only with incredible people but with incredible animals.”

What advice do you have for any student-athlete trying to find balance?

“ I would have to say prioritizing and time-management. I know it has been said and your parents say it all the time but honestly it’s huge. You have to first prioritize what needs to be done and what really, really has to be done and has to be done well. And then you have to spend your time on the things that you have a higher priority for and kind of work your way down the list. Just breathing. I think that’s huge is when you’re insanely stressed out, take deep breaths. If you need to take a 30-minute power nap, do it. Wake up, feel refreshed. Just breathe and take it all in because I know right now we’re insanely stressed and with high school and college there will be one point in our lives when we look back at it and wish that we could be in that position again. So just realize how blessed we are with everything around us and know that we’re going to get it done. We just have to work through it to get it done.”