The Saint Ignatius varsity golf team had a very successful season while remaining under the radar at Saint Ignatius. The team was very consistent this year despite graduating state champion Beau Titsworth after the 2011 season. The ‘Cats had a very young team this year and were able to progress all season long. The team consisted of only one senior, Joe Malone; three juniors, two sophomores, and one freshman. Despite being a young team, these golfers were consistent not only as a team, but individually as well. As a team, the ‘Cats finished in the top five in seven tournaments this year and two sixth place finishes in their other tournaments. The team won two tournaments, one at Stonewater and the other at Windmill Lakes. Their postseason began with a second place finish at the Sweetbriar Sectional Tournament and ended with a sixth place finish at the Pine Hills District Tournament. As a young team, the golfers’ scores were very consistent, finishing with three strokes between the team’s low-scorer and high-scorer. Jack Coyne ’14 finished the year with the team’s lowest average of 38.9 strokes per nine holes. The golf team, though graduating Senior Joe Malone, has a bright future for next year. Next year, Coach Brian Becker looks for senior leadership from Jack Coyne ’14, P.J. Malik ’14, and Dean Catalano ’14; while hoping for the continued consistency from the underclassmen. “ 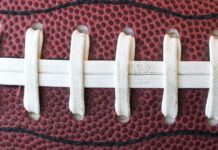