Black History Month is a month set aside to learn, honor, and celebrate the achievements of black men and women throughout history.

The origins of Black History Month can be traced back to a man named Carter G. Woodson (1875-1950). Woodson, the son of former slaves, was an amazing man in his own right. He taught himself the basics of a school education; he earned a bachelor’s and master’s degree from the University of Chicago and a doctorate from Harvard University.

In 1915, he participated in a three-week celebration of the 50th anniversary of the end of slavery. There he was inspired to continue the study of black history year-round. With four others he created the Association for the Study of Negro Life and History (ASNLH).

Woodson realized that most textbooks at the time ignored the history and achievements of blacks. He wanted to find a way to encourage interest and study of black history. In 1926, Woodson promoted the idea of a “Negro History Week”. The idea caught on quickly and Negro History Week was soon celebrated around the United States. 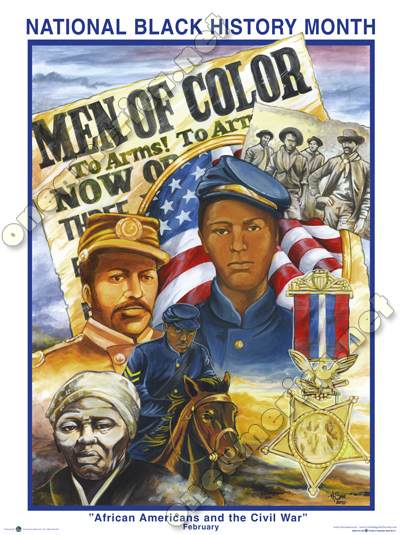 Since its inception in 1926, Negro History Week and Black History Month have been given annual themes. The first annual theme was simply, “The Negro in History,” this year’s theme is African Americans and the Civil War.

In honor of the efforts of people of African descent to destroy slavery and inaugurate universal freedom in the United States, the Association for the Study of African American Life and History has selected “African Americans and the Civil War” as the 2011 Black History Theme.

We urge all Americans to study and reflect on the value of their contributions to the nation.